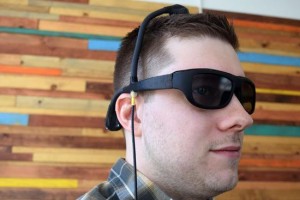 The sunglasses will be back when you are daydreaming let you concentrate!
People, sometimes it’s really hard to concentrate.Life too much temptation, colorful world often prevent us from small head and focus on the task at hand.If there is such a device, it can better help your brain to think, to concentrate, faster to finish the work faster, not good?Feedback at Dmenco Greco, his wife Lindsay Greco, and their son Devon, developed with a wearable device, can train your brain, this equipment is named Narbis. 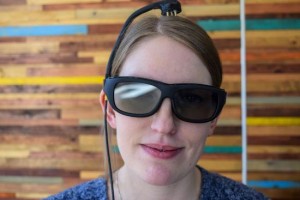 Narbis is a pair of sunglasses, which is equipped with electric pole, synchronizes the eeg data collected three sensors.These sensors in order to get better effect of sensing surface plating, in use process to protect the sensor and the skin contact is good, in order to more accurately measured eeg data.When you pay attention, the glasses lens will be very clear, but once you’re distracted, such as daydreaming, lens will be dimmed.Narbis goal is to make you more focused, keep the lens clean. 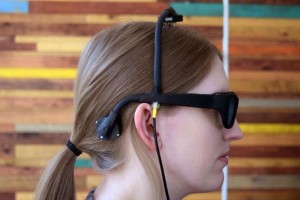 Neural feedback at Demenco Greco son Devon Greco is Narbis prototype maker, he shows us the earliest prototype.Narbis project by Demenco Greco being diagnosed with amyotrophic lateral sclerosis (ALS).Narbis can be used in concentration of people or people with autism, likewise, ordinary people if you want to train your attention, also can be used.
Narbis training a total of five projects: attention, behavior, sleep, mood, mood;Narbis hope that through training, to improve the several important brain activity.According to user different training content, Narbis glasses will gradually become clear after you make progress.

We first try to attention tests, in the interview process, is very difficult to concentrate.Each of us carefully with 3 d printed prototype, and ensure the sensor scalp contact with us.After wearing glasses, simply click on the bluetooth arm belt button can turn on the switch, it can enlarge brain signals, and the transmission of data to the tablet App on parsing.
After turn on the switch, a soft, violet light began to occupy your line of sight.To begin with, it’s difficult to training the brain to focus, but slowly, we gradually focus and successfully make the layer becomes shallow violet light curtains, show the world once again clearly at hand.Of course, as long as we lose focus, violet light and dark.
My eyelids like to lifting weights, rises to screen down, however, is actually my brain in leading it.I feel something drives the shout “up!”“Light!”To make eyes bright, but all of which need my attention, rather than language.At the time of propaganda, it is easier to concentrate, but as long as my mind run to my next question, glasses and change back to violet.I try to keep repeating, but during an interview, it’s hard, so my view and return to a purplish blue.
An interesting thing is that the lens on the brain activity of response very quickly.Try to keep the lens is clear like a task, I very want to finish it.For those who want to Narbis training in their brain, they may be doing a good job.But we think the Narbis as a game of challenges will be even better — the timing of training every day will be very interesting.